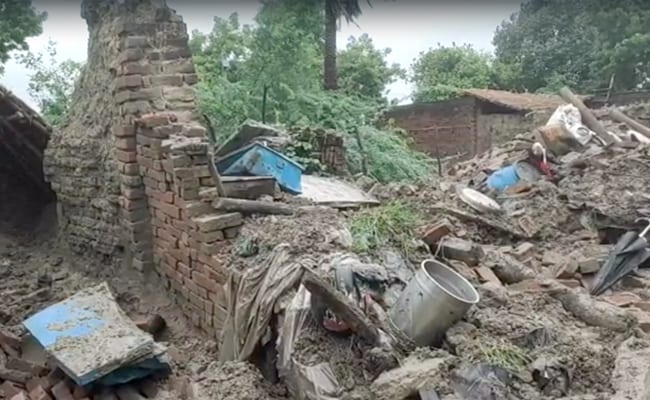 A pucca house will be made for the victim, said an official.

Three people died after the roof of a kutcha house collapsed due to heavy rainfall in Kantha village in Unnao district of Uttar Pradesh early Friday morning.

The incident occurred at around 3 am when four members of the family were sleeping inside their kutcha house, according to the police. Three siblings – Ankit, 20, Ankush, 4, and Unnati, 6 – died in the house collapse. Their mother, who was sleeping inside the room, suffered injuries.

“As per the provisions, a pucca house will be made for them. Shelter and food will be given till the new house is ready. Rs 4 lakh relief will also be provided per child,” said Ajit Jaiswal, Sub-Divisional Magistrate (SDM).

Circle Officer (CO) Vikramajit Singh along with Station Officer (SO) Suresh Singh reached the spot and sent their bodies for autopsy.

Meanwhile, nine people died and two were injured after a wall collapsed in Lucknow. Many parts of the city is waterlogged due to heavy rainfall. Commissioner Roshan Jacob inspected the waterlogging areas after the city witnessed heavy rains.