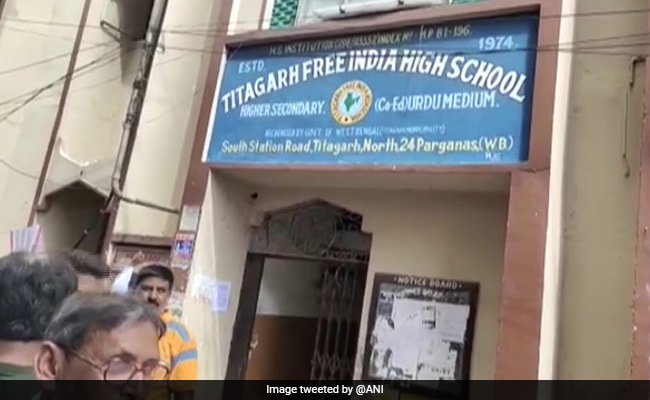 A police official said three of those arrested were former students of the school.

Four persons were arrested in connection with a bomb blast in a school in Titagarh area in West Bengal’s North 24-Parganas district, a senior police officer said Sunday.

The accused, aged between 18-19 years, were arrested from Kamarhati and Titagarh areas around midnight, the officer of Barrackpore Police Commissionerate said.

“We are trying to explore all possible aspects by interrogating them. One of the accused hails from Kamarhati, while the rest are from Titagarh,” he said.

The crude bomb exploded on the roof of the school building on Saturday when classes were in progress.

There was no casualty in the incident, as students and teachers were in rooms located on the first two floors of the three-storeyed building, police had said.

The officer said preliminary investigation revealed that the accused had changed their initial plan to throw a powerful crude bomb at the school gate, as the spot was crowded.

They climbed onto the roof of an adjacent building to carry out the act, he said.

The officer said three of those arrested were former students of the school.

Personal enmity between the accused and some other students of the school was believed to be the primary motive behind the incident.

He added that 10 crude bombs were found during a search operation at the residence of one of the accused.