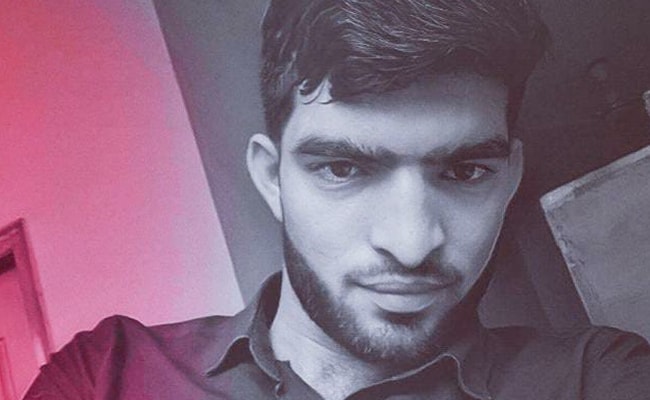 The personal diary of the man who allegedly murdered a top police officer in Jammu reveals a depressed mind fixated on death, police sources have said. “Dear death, come into my life,” says a note. “I’m sorry I am having bad day, week, month, year, life,” says another.

Yasir Ahmed, 23, was a domestic worker for Hemant Lohia, 57, director general of prisons in Jammu and Kashmir, whom he’s accused of having killed Monday night. A search is now on. Police have so far found no terror link.

A diary that police say belongs to him carries songs in Hindi, one of which is titled, “Bhula dena mujhe” (‘Forget me’). Other pages are filled with short sentences and notes — “I hate my life”, “Life is just grief…” — and one has a chart that starts with a drawing of a phone battery labelled “My Life 1%”.

Another note titled ‘Life’ — exact date of writing not known — reads: “Mai jasi life je raha hoon, mujhe us sa koi problem nahi hai… Problem is baat se hai, aagay hamara kaya hoga (‘I have no problem with the life I’m leading; the problem is with what might happen in the future’).”

Police investigation so far says Yasir Ahmed, a native of Ramban, was working at the officer’s home since six months. “He was quite aggressive in his behaviour and was also under depression,” said a police official privy to the probe.

“No terror act is apparent in the initial inquiry; but a thorough probe is on to rule out possibilities,” a source said.

Police released his photographs and urged the public to share information.

The murder came at a time when Union Home Minister Amit Shah is visiting the union territory.

Hemant Lohia, an Indian Police Service (IPS) officer of the 1992 batch, got his latest posting just two months ago. He was staying with his family at a friend’s house while an official house for him was being furnished.

Python Was Dragging 5-Year-Old Boy Into Pool. Then This Happened— News Online (www.googlecrack.com)