HomeStatesFrom Tattoos To A Giant Sword, Sena-vs-Sena Turns Into Spectacle On Dussehra---...
States

From Tattoos To A Giant Sword, Sena-vs-Sena Turns Into Spectacle On Dussehra— News Online (www.googlecrack.com) 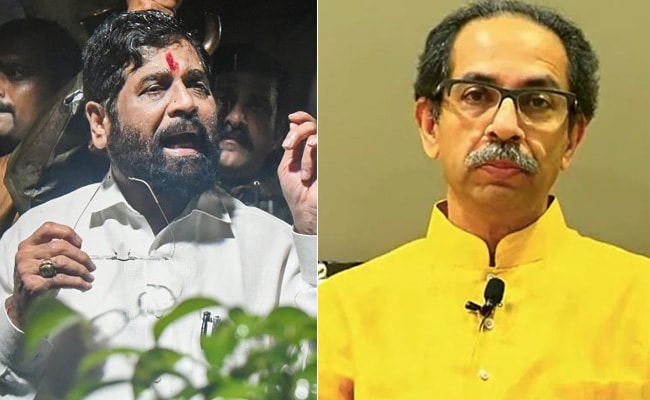 One side has supporters with giant tattoos of their leaders, the other has a giant sword as the centrepiece, and supporters of both are arriving in hundreds of buses from across Maharashtra and other states — rival factions of the Shiv Sena will today hold Dussehra rallies barely 10 km apart in Mumbai.

The shows of strength — preceded by a series of video trailers — come four months after Eknath Shinde led a mutiny and allied with the BJP to topple Uddhav Thackeray’s government.

Both claim to be holding the “real” Dasara Melava rally, a tradition started 56 years ago by party founder Bal Thackeray, whose legacy is now contested between his son and political heir Uddhav Thackeray, technically the party president, and Sena worker-to-rebel leader Eknath Shinde.

Team Thackeray got a leg-up after it won the traditional venue — Shivaji Park — in a court battle. Its supporters told NDTV that “we will not go to the traitors’ gathering”. One of them showed his back that had tattoos of Uddhav Thackeray and his son Aaditya. “We are permanent supporters of Bala saheb,” he said.

A Sena supporter with the Thackerays’ faces tattooed on his lower back.

But the Shinde camp, which says it “saved” the party from abandoning its Hindutva ideology, has set up a spectacle of its own at its venue in Bandra Kurla Complex (BKC). Next to the stage, it has laid out a 51-foot sword.

Aaditya Thackeray has taken a dig: “Their rally is just a circus.”

Mr Shinde, however, said to NDTV: “Given how Shiv Sainiks are turning up in large numbers for our rally, I’m assured that they accepted our role and agree with our direction.”

A giant sword next to the stage at Team Shinde’s rally venue.

More than 5,000 buses, besides vans and cars, and a special train will bring in the supporters, say reports. Police have set up cordons around both grounds since preparations began over a week ago.

Speeches are likely to be fiery like Bal Thackeray’s addresses year after year till his death in 2012. Since then, Uddhav Thackeray had been addressing the annual event. It was interrupted for two years by Covid.

Signs so far say the rhetoric will be a continuum of what’s being said since the May-June rebellion.

Uddhav Thackeray has been attacking not just Team Shinde but also its ally BJP, a party with which the Thackeray-led Sena had a long relationship before a bitter breakup over “leadership issues” after the last assembly elections.

Eknath Shinde says the breakup with BJP was wrong all along. He is expected to take that line again, that “an alliance of Hindutva followers” is “only natural”.

Police have deployed more than 3,000 officers, besides 15,000 personnel. Another 1,500 personnel from the State Reserve Police Force (SRPF) and 1,000 Home Guards will be on duty too, besides 20 Quick Response Teams (QRTs) and 15 Bomb Detection and Disposal Squads (BDDS).