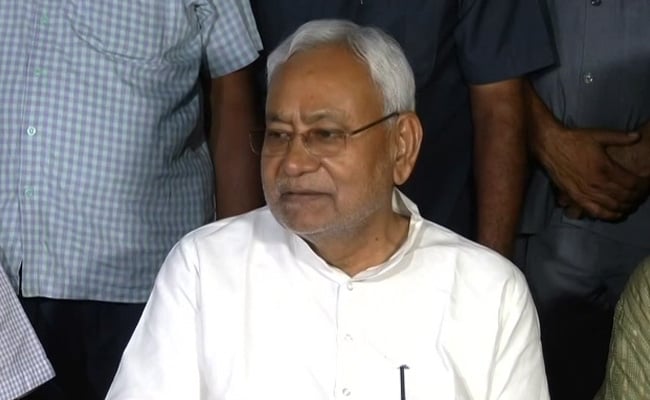 He added that he would give a fitting reply at a rally in Purnea, to be held after Durga Puja, where Opposition leaders will come together in yet another move for unity against the BJP and PM Narendra Modi’s government.

Nitish Kumar, who dumped the BJP last month by going back to the Grand Alliance with Tejashwi Yadav’s RJD and the Congress, was speaking at a function to give appointment letters to veterinary officers.

Without naming Amit Shah, he said, speaking in Hindi, “People may say whatever. We keep doing our work. There is so much development happening in the state. Where is the problem of law and order? But they keep telling lies.”

“Wherever they have governments, there is no work done,” he said, talking apparently about the BJP, “They just know how to do publicity.”

Nitish Kumar has been stressing the need for unity among non-BJP parties, including the Congress, since he broke ties with the BJP last month and came to Delhi to hold talks with a number of key leaders, including Congress MP Rahul Gandhi, NCP’s Sharad Pawar, and AAP’s Arvind Kejriwal.

However, the Congress was absent from a recent unity rally in Haryana, as were Bengal’s Mamata Banerjee and Telangana’s K Chandrasekhar Rao, which means the anti-BJP front is far from concrete yet.

Since then, Nitish Kumar and Lalu Prasad Yadav have met Sonia Gandhi, thus keeping the pace in their efforts nonetheless.