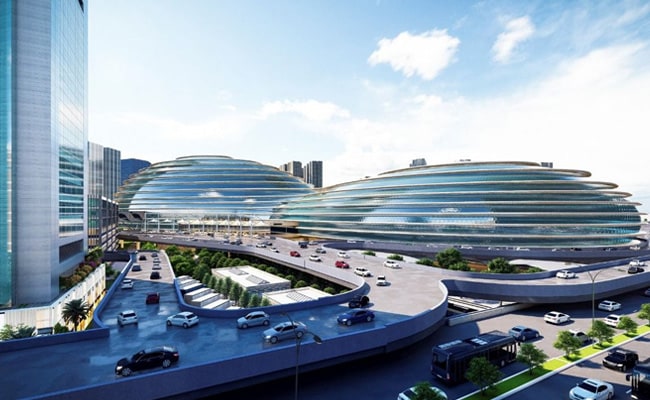 Rs 10,000 crore has been cleared for the project, the government said.

Swanky exteriors with glass facades, remodelled interiors generally seen only at the best airports and amenities that look ahead all the way to 2047 – the redevelopment plan of the railway stations at New Delhi, Mumbai and Ahmedabad was cleared by the Union Cabinet on Wednesday.

Rs 10,000 crore has been cleared for the project, the government said.

The New Delhi station will have an entirely new look with two glass domes.

Briefing the media, Railway Minister Ashwini Vaishnaw said the design of these stations will be in tune with the cityscape of each of the metropolises.

There will be hundreds of escalators and elevators inside the new Delhi station.

The Delhi station’s plan involves a complete overhaul of the roads to and from the station, including elevated stretches, to address congestion.

The New Delhi Railways Station will have seating space for 10,000 passengers.

The target is to complete the redevelopment of the New Delhi station in three-and-a-half years, he said.

The new stations will have all modern amenities.

The other two railway stations will be redeveloped in two-and-half years, Mr Vaishnaw said.

Not just the Delhi, Mumbai and Ahmedabad, as many as 199 stations with a footfall of 50 lakh per day will be redeveloped in what he called “the first phase”.

The new Mumbai railway station will have modern interiors.

While the tender for 47 stations is out, work is underway at 32 stations, Mr Vaishnaw said.

The new look of the Ahmedabad railway station.

The railway minister said the design will include a spacious roof plaza with all passenger amenities in one place along with spaces for retail, cafeterias, and recreational facilities.

The plan for the Delhi station was unveiled by Mr Vaishnaw’s predecessior Piyush Goyal two years ago.

Take a Walk Through the Envisaged New Delhi Railway Station: With modern facilities for passengers and seamless integration with various transport modes, the station offers a glimpse of the world-class services that await the citizens. pic.twitter.com/tgMlRXwmoz

The stations in these cities will be connected on both sides of railway tracks. Facilities like a food court, waiting lounge, playing area for children and a place to sell local products will be made available, Mr Vaishnaw added.