HomeStatesTeen Dead, Massive Hole In Wall As LED TV Explodes At UP...
States 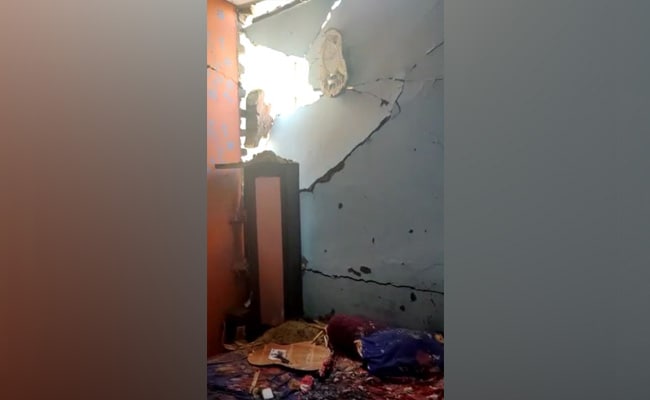 A 16-year-old teen died after an LED TV exploded at his house in Uttar Pradesh’s Ghaziabad. His mother, sister-in-law and a friend were injured.

The explosion was so strong that concrete slabs and a portion of the wall collapsed, leading to panic among neighbours, the police said.

The teen, Omendra, suffered severe shrapnel injuries, with tiny projectiles hitting him on the face, chest and neck, the police said.

Vinita, the dead teen’s neighbour, said she heard a loud bang. “I thought a cylinder has exploded. We all came running out. We saw smoke coming out of our neighbour’s house,” she said.

Omendra, his mother, sister-in-law and his friend, Karan, were in the room when the LED TV exploded.

Omendra was taken to a hospital in a critical condition. He died there. His mother and Karan are being treated.

Monica, a family member of the teen who died, said she was in another room when the explosion happened. “The explosion was so powerful, the entire house shook and parts of the wall collapsed,” she said.

The police said they are investigating the incident.