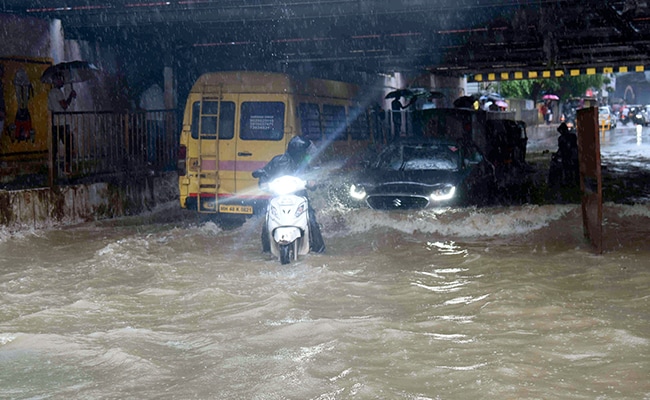 Several areas in Mumbai were waterlogged due to heavy rainfall.(File)

“Generally cloudy sky with moderate to heavy rain/thundershower in the city and suburbs in the next 24 hours,” said the India Meteorological Department (IMD)on Saturday morning.