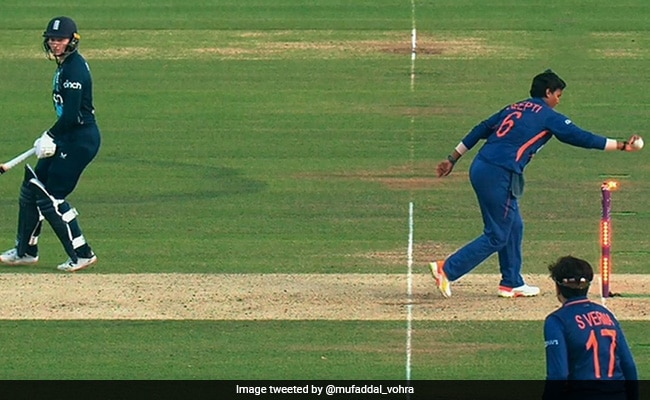 Why alertness is important during driving..#RoadSafety#Mankading#INDvsENG#ENGvsINDpic.twitter.com/3pIEuff5uw

In the ten-second video, India’s Deepti Sharma runs out England’s Charlie Dean at the non-striker’s end while she was backing up. The cricketer’s short lapse of attention leads to her getting run out. The Delhi Traffic police used this to spotlight the message of road safety.

“Why alertness is important during driving,” read the caption.

At the end of the clip, the traffic police issued a warning in Hindi that how a moment’s slip can result in an accident

Last week, the Delhi Police handle tweeted a video which was aimed towards curbing road rage incidents. In the video, a man is seen singing songs while stuck in traffic. “How to stay calm at traffic signal,” Delhi Traffic Police’s tweet reads. The video has gathered over 14 thousand views on Twitter.

How to stay calm at traffic signal.. pic.twitter.com/dcfBH5Xz5Z

Twitter users appreciated the Delhi Traffic Police’s style of imparting a powerful message in an interesting style. Its entertaining method of campaigning for road safety has mustered a following of over 1.4 million users on Twitter.