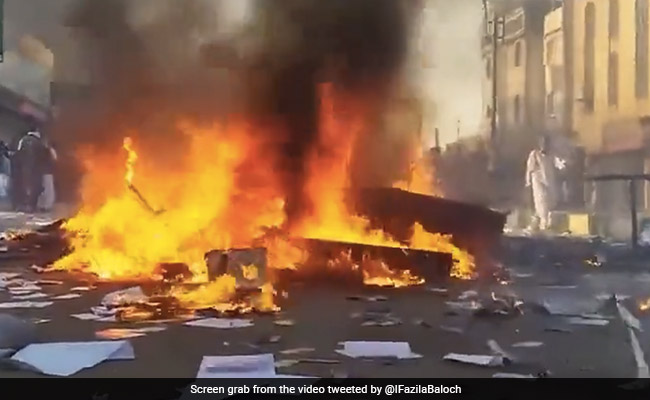 The death brings to 20 the number of people killed in the clashes. (Representational)

Iran’s Revolutionary Guards announced on Saturday that another of its senior officers was killed during clashes in the southeast of the country.

Colonel Hamid Reza Hashemi, an intelligence officer in the Iranian army’s ideological arm, “succumbed to injuries he sustained during clashes with the terrorists,” a Guards statement said.

The death brings to 20 the number of people killed in an exchange of fire on Friday near a police station in the city of Zahedan, the capital of Sistan-Baluchestan province.

The state broadcaster had said Colonel Ali Mousavi, a provincial intelligence officer in the Guards, was among the dead.

The regional governor of Sistan-Baluchestan, Hossein Khiabani, had told state TV that a total of 20 people were also injured in the clashes.

It was not immediately clear whether the clashes were connected to the wave of deadly unrest that has swept Iran since the death of Kurdish woman Mahsa Amini in morality police custody in mid-September.

Poverty-stricken Sistan-Baluchestan, which borders Afghanistan and Pakistan, is a flashpoint for clashes with drug smuggling gangs, as well as rebels from the Baluchi minority and Sunni Muslim extremist groups.