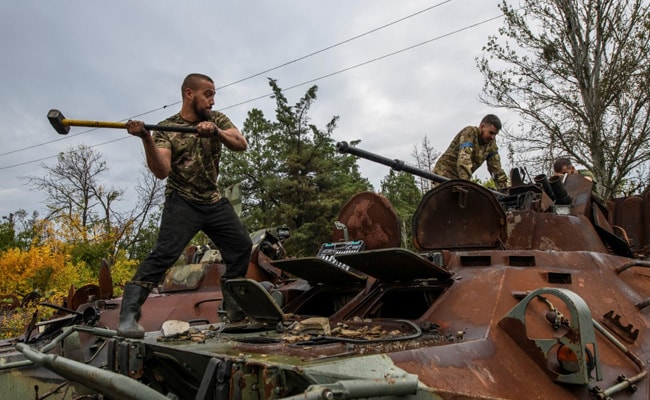 Zelensky warned Russians that they would be “knocked out one by one”. (File)

“Throughout this week, more Ukrainian flags have been raised in the Donbas. There will be even more in a week,” he said in his evening address.

He spoke after Kyiv said its forces had begun moving into the key eastern town of Lyman and the defence ministry posted a video of soldiers holding up a yellow and blue Ukrainian flag there.

Russia’s defence ministry said it had “withdrawn” troops from the town “to more favourable lines”.

Zelensky told Russians they would be “knocked out one by one” as long as President Vladimir Putin, who ordered the invasion of Ukraine in February, remained in power.

“Until you all solve the problem with the one who started it all, who started this senseless war for Russia against Ukraine, you will be knocked out one by one,” he said, calling the war “a historic mistake for Russia”.