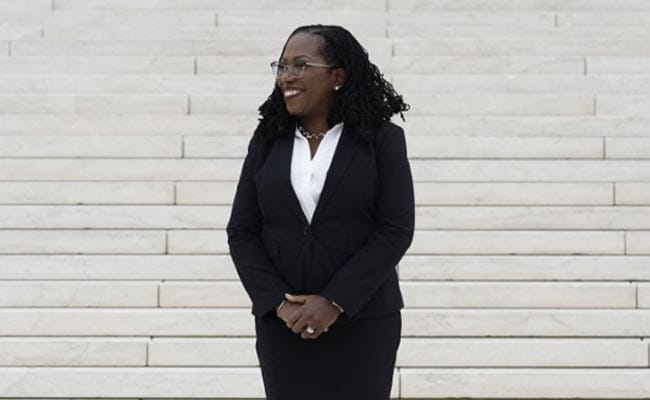 The first Black woman to sit on the US Supreme Court, Ketanji Brown Jackson, was inaugurated Friday at a ceremony in Washington attended by President Joe Biden and Vice President Kamala Harris.

Jackson, who was nominated to the top court by Biden, will be part of a progressive minority in the body that decides some of the most important social and legal issues in the United States.

But the 52-year-old may find her hands largely tied by the conservative majority of six justices — three of whom were appointed by Biden’s predecessor, Donald Trump.

That majority has wielded its power in recent months, overturning the constitutional right to abortion and strengthening gun rights.

Jackson was chosen at the end of February by Democrat Biden, who promised during his campaign to appoint the first African-American woman to the highest judicial institution in the country.

Despite acute polarization surrounding the court, her Senate confirmation process went smoothly, and her arrival does not change the balance of power on the bench.

The 2022/2023 session of the Supreme Court is scheduled to begin Monday.