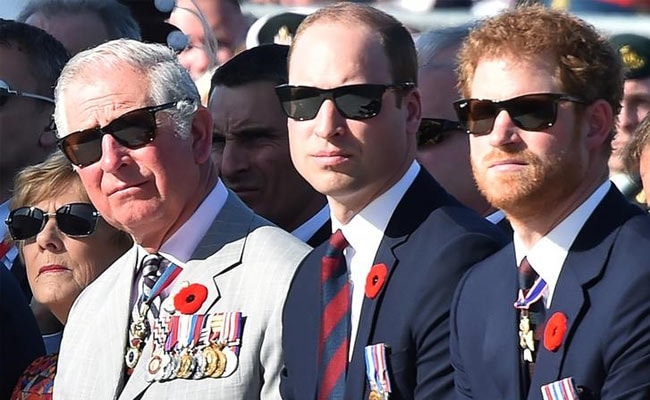 In his first televised address the day after the passing of the Queen, King Charles proclaimed Prince William and his wife Catherine as the new prince and princess of Wales.

The speed of the appointment reflected the crown’s desire to outwardly project stability and continuity in the wake of Queen Elizabeth’s death. But that was somewhat undermined by the news that Mark Drakeford, the first minister of Wales, claimed not to have been given advance notice of William’s appointment. Protocol does not dictate this a necessity, but given William has spoken of his desire to “serve the people of Wales” this perhaps wasn’t the best way to begin.

Some, such as former Plaid Cymru leader Lord Elis-Thomas, have questioned the need to continue with the title at all. And a petition to scrap it had garnered 25,000 signatures in just a few days after being launched.

These critics refer to the title as being disrespectful towards Wales, insofar as it undermines Wales’ status as a country and nation in its own right. For some, its continued use symbolises historical oppression linked to Wales as a principality, and the English invasion of the country.

“Tywysog Cymru”, or prince of Wales, is a historic title that was originally held by pre-12th century native Welsh kings and princes who, largely, ruled from Gwynedd in north-west Wales. After the conquest of Wales (1277-1283), Edward I moved to consolidate the English crown’s position in Wales, and declared his son, known as Edward of Caenarfon, to be the first English prince of Wales.

Since then the title has been bestowed upon the heir apparent to the English and then British throne, although not automatically and not always as quickly as King Charles has to Prince William. For example, it was bestowed on Charles when he was aged nine in 1958, some six years after the Queen’s reign started.

Importantly, the appointment of Charles as prince of Wales pre-dated devolution, the passing of the Government of Wales Act 1998 (and its subsequent amendments), and the creation of the Senedd. As a result of these developments, Wales now has significant political autonomy – which was not the case during most of Charles’s time as prince of Wales.

No doubt conscious of these criticisms, William has said it is an “honour” to serve Wales, and has pledged to do so with “humility and great respect” for its people. Following his post-appointment conversation with the first minister of Wales, bilingual statements to that effect have now been published.

A different approach for a new prince?

There is no constitutional “rulebook” governing the appointment of a prince of Wales in the modern era. The office commands no formal public responsibilities legislated by parliament, or otherwise delegated to William by law or custom.

The title can be viewed as being a ceremonial gift of the King, with the minimum expectation being to support the sovereign as a focal point for national pride and unity. So in that sense, William has some discretion as the new prince of Wales to adopt a different approach to his father.

Charles has given some signals as to his hopes for William, such as when he spoke of others now taking up the causes he feels passionately about, presumably in respect of climate change, youth work and interfaith dialogue. He also said that he hoped William and Catherine would “bring the marginal to the centre ground where vital help can be given”, possibly signalling that he wants them to focus on issues of inequality.

However, William has already signalled he intends to reform the role including by cutting back on staff, and refocusing and reducing the number of charities his office works with. While Charles and Camilla were the president or patron of over 500 organisations, William and Catherine instead plan to focus on charities prioritising mental health, children’s early years and the environment.

Drakeford has said now is the time for William “to get to know Wales better,” and that the prince is “absolutely aware of the sensitivities surrounding the title.”

In keeping with these sentiments, the people of Wales could legitimately expect William to learn Cymraeg (Welsh), as his father famously did aged 21, during a nine-week-long intensive study of the language and history of Wales at Aberystwyth University. We may also expect the prince to establish an official residence in Wales, similar to Charles’ Llwynywermod estate in Llandovery. After all, William and his wife have already spent time living in Angelsey, while he served with the RAF.

The new prince takes up his office at a time when the political reality of Wales has changed. While the Welsh government has no formal say in the matter, if the title is to continue after William, debate should follow as to the relationship between the prince and Wales.

That should include some thought on whether Wales should play a greater role in the appointments process, perhaps with a view to developing communicative and ceremonial processes with the Senedd which are testament to the nation’s modern-day governance over its own affairs.

While those debates are now starting to take place, the outcome is unlikely to affect William’s tenure. Nonetheless, the very fact these conversations are live – and happening in a country which has historically struggled to be heard within the UK union – is symbolic.

The prince’s response of fashioning a job that is right for 21st-century Wales shows deference and a willingness to change. This is a powerful example of how the death of the Queen is already leading to thoughtful reflection about what the UK is, and what its people want it to be in the future, as well as having exposed the contours of Wales as a separate nation.

Disclosure Statement: Stephen Clear does not work for, consult, own shares in or receive funding from any company or organisation that would benefit from this article, and has disclosed no relevant affiliations beyond their academic appointment.

This article is republished from The Conversation under a Creative Commons license. Read the original article.