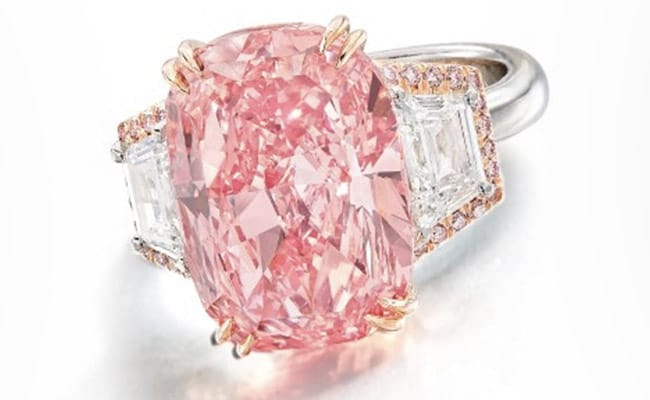 A rare pink diamond has sold in Hong Kong for nearly $58 million, setting a record for price per carat paid at auction for any diamond or gemstone, according to Sotheby’s.

The winning bid, by an undisclosed buyer from Boca Raton, Florida, was more than twice the estimated $21 million sale price.

The stone was the second-largest pink diamond to be sold at auction. Pink diamonds are the rarest of the precious gems and the most in-demand on the global market.

The world record for a pink diamond was set in 2017, when a stone known as the CTF Pink Star was sold in Hong Kong for $71.2 million.

Friday’s sale “not only attests to the resilient demand for top quality diamonds in Asia, but a heightened awareness of the great scarcity of pink diamonds”, said Wenhao Yu, chairman of jewellery and watches at Sotheby’s Asia.

The Williamson Pink Star was named after two other pink diamonds: the record-setting CTF Pink Star and the Williamson Stone, a 23.6-carat diamond given as a wedding present to Queen Elizabeth II in 1947.

“Hard assets such as world-class diamonds have a history of performing well even in times of instability,” he said.