Viral Video: This Kid Has Been Scoring Goals Since Birth— News Online (www.googlecrack.com) 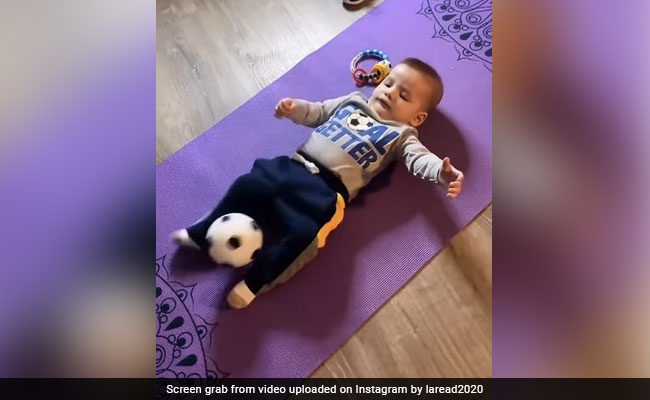 The boy named Luca Read has more than 1.50 lakh followers on TikTok.

Sports fans always consider making their child a famous athlete. Many work on that plan too; several cricketers and footballers are examples of that. They frequently introduce their children to sports at a young age in order to achieve these goals. Going a little too far, one ardent football fan bought his child a ball and a goalpost. Since his birth, the child has been kicking the ball into the net to score goals.

The youngster’s name is Luca Read, and since he was a tiny child, his father has recorded him on video scoring goals. The youngster also has an active Instagram and TikTok account, and his Instagram bio states that he has more than 1.50 lakh TikTok followers.

According to his Instagram profile, Luca Read is a fan of the English club Manchester United.

Internet users compared the little player to Kylian Mbappe, a PSG football sensation who played for France and won the FIFA World Cup at the age of 19.

“A champion was made,” reads a user’s comment. “Ronaldo been real quiet since this came out,” another user commented. “Bro scored more goals before he knew how to walk than me ever,” shared a third.