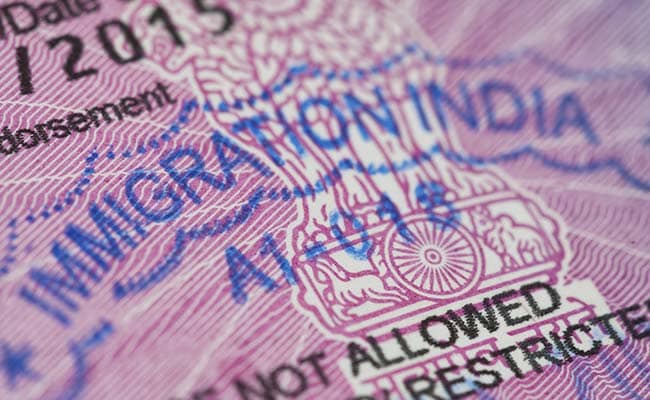 Around 2,500 students in Afghanistan continue to wait for any movement from the Indian side to grant them visas to pursue their education in the country. As the Taliban took over Afghanistan last year on August 15, India suspended all visas. Since then, India has issued only about 300 visas and those have largely been for Afghan Sikhs and Hindus, minorities that have faced persecution.

India restarted its Afghan embassy operations in June, but it’s not full-fledged and has made no difference to the visa waitlist.

The Afghan ambassador to India, Farid Mamundzay, told a group of journalists in Delhi that there was a “need for flexibility in visa regime”. He said the matter had been taken up with the Indian side but they have not received “any convincing answers on why visas are slow”.

At present, there are about 14,000 Afghan students in India studying in 73 universities and other institutes. They were all in India before Kabul fell to the Taliban as the US withdrew and its supported government collapsed.

Those who were set to travel last year found their visas revoked in the midst of chaos in their country — at a time when Afghans were desperate to leave their country anyway.

The Indian embassy personnel were evacuated on August 17 last year, two days after Kabul fell. A statement from the Indian side said, “As regards Afghan nationals, our visa services will continue through an e-Emergency visa facility, which has been extended to Afghan nationals. This can be accessed through our e-visa portal.”

Eight days after that, a statement from the Ministry of Home Affairs said that “previously issued visas to all Afghan nationals, who are presently not in India, stand invalidated with immediate effect”.

It added that “owing to the prevailing security situation in Afghanistan and streamlining of the visa process by introduction of the e-Emergency X-Misc visa, it has been decided that all Afghan nationals henceforth must travel to India only on e-Visa”.

Meanwhile, the Afghans who used to come to India for medical treatment are now making their way to Pakistan and Iran. About 50,000 Afghans would visit India annually before last year for medical treatment. There were 15 weekly flights which are now down to two, which too have barely any passengers.

In June this year, India restarted its embassy operations in Kabul when it deployed a technical team there. The press release from the Ministry of External Affairs said it was “to closely monitor and coordinate the efforts of various stakeholders for the effective delivery of humanitarian assistance and in continuation of our engagement with the Afghan people.”

Largely blamed for the hurried withdrawal of troops that plunged Afghanistan in chaos, the US evacuated about 1.2 lakh people from Afghanistan within two weeks in August 2021. This number included 74,000 Afghans as per details shared by Congresswoman Chellie Pingree.